A new year means new cars. And with an interesting direction, crossovers are taking the reign. An assortment of brand-new and fully redesigned passenger cars is hitting the road in 2020, but are they reducing? It seems like buyers are instead choosing sporty vehicles as their rides. Several small cars, such as Chevrolet Impala and Ford Taurus, are discontinued. Ford Fiesta and Chevrolet Sonic are also pulling out at the end of the current model year.

Here’s a look at some all-new models and some iconic models that are making a comeback after an extended period of absence from the markets. These most famous introductions will reach dealers’ showrooms for 2020. 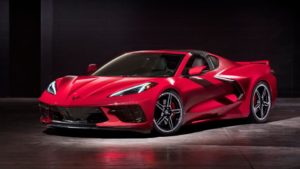 This hallmark sports car benefits from significantly different aerodynamics and weight distribution, compared to previous models, which helps it raise its performance curve to new heights. It still resembles the current models but is a next-generation C8 vehicle. It’s the most aggressively styled ‘Vette yet with a wild exotic-car appearance. The removable roof panels can be stored in the forward-situated trunk. Behind the driver sits a 6.2-litre V8 engine with 490 horsepower and 470 pound-feet of torque to the rear wheels via an eight-speed dual-clutch automatic transmission. It’s driver-focused and features electronic displays and no fewer than a dozen selectable driving modes. 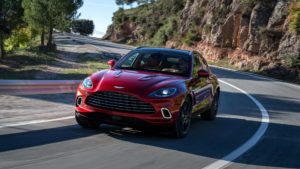 The British automaker didn’t have a crossover/SUV in their portfolio, up until now. They aim that the all-new DBX become their best-selling model. Production takes place in St Athan, Wales, U.K. and is partially hand-built. This production-ready DBX takes on a conventional, 5-door form like its competitors. It gets a powerful 4.0L twin-turbo V8 engine supplied by Mercedes-Benz and tweaked by AMG. It generates 542 horsepower and 516 pound-feet of torque. Being one of the most luxurious options on the market, it gets standard air suspension with adaptive dampers as well as a full array of advanced driver’s aids. 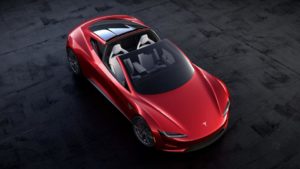 The full-electric Tesla Roadster features a decidedly modernistic curvy profile and promises rocket-like performance. This stylish 2+2 Roadster comes with a glass roof that store in the car’s trunk. Tesla claims it will be the fastest car on the planet. Thanks to three electric motors, the Roadster will be able to hit the 97 kph mark from a standing start in just 1.9 seconds while maxing out at around 402 kph. It comes with a large 200 kWh battery pack and should provide as much as 998 km of drive-range if driven relatively lightly. 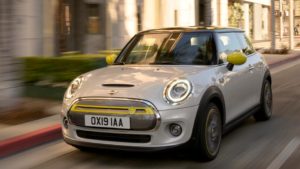 This new full-electric Cooper SE Coupe combines the brand’s famed go-kart-like handling with zero-emissions operation. It produces 181 horsepower with 199 pound-feet of torque which promises lively acceleration with its electric motor. It features 4 driving modes and two regenerative braking selections, with the ability to engage one-pedal driving. It is expected a 0-97 kph time at 7.3 seconds. 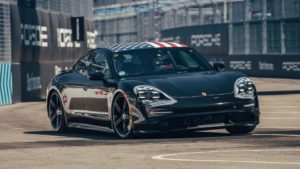 The first all-electric Porsche vehicle is an ultra-sleek battery-driven four-door sports car. This coupe shouldn’t be confused with the Panamera although they have a few common design-wise similarities. The name Taycan is derived from two Turkic terms and can be roughly translated as ‘soul of a spirited young horse’. It’s offered two battery capacity options and three different power outputs. These 9.2-kWh and 93.4-kWh batteries can generate either 522 hp, 563 hp, or 616 hp. The Taycan is capable of propelling 97 kph from a standing start in just 2.6 seconds. 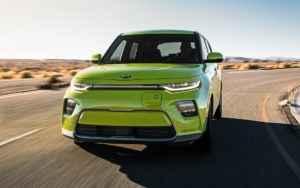 This version is a redesign of Kia’s funky compact electric hatchback with styling differences that sets it apart from the likewise fuel versions. It has a new independent rear suspension that improves the cars handling. The Soul EV also comes with selectable driving modes, and the driver can choose from four levels of regenerative braking. It features a 64-kWh lithium-ion polymer battery pack with DC fast charging capability with an output of 201 horsepower and a perky 291 pound-feet of torque. The range has improved from 241 km to 362 km drive range. A long list of amenities is included such as the latest accident-avoidance features.

The future looks bright and you can expect a wide range of vehicles, from family cars to supercars, within the next year. Every one of them will earn a special place in many car enthusiasts’ hearts when they roll out of the production lines in 2020.