Five Best Celebrities To Go On A Road Trip With.

Celebrities. We love them. Or we love to hate them. Haters gonna be haters, yo. But do we really want to meet our heroes? They say you’ll be disappointed. But there are some really fine specimens of humanity among the stars. The Hollywood stars that is. And in the music biz.

When you’re going on a road trip, you want someone excellent. And that’s why we’re going to give you some fantasy for thought.

Here’s our list of the most fun celebrities to hop into a car with and go on a fun journey to Timbuktu. 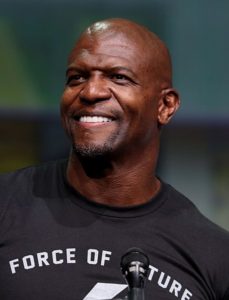 This ex-American football line-backer played great ball. But many sportsmen have egos and take themselves way too seriously. Terry instead got into acting – making some comedy greats like Everybody Hates Chris and one of the best shows on TV: Brooklyn Nine Nine.

In the later, he plays the lovable muscle-bound sergeant who’s a fan of fantasy novels and yogurt. In the show, he often makes fun of himself and his muscles-on-muscles body. Seriously. Terry is built.

In real life, he’s as easy-going and humble as on the show. With a reputation for being a nice guy, Terry would put you at ease the moment you hit the accelerator… and conversation would be breezy. There’d be stories of antics on set with co-star Andy Samberg (who gets an honourable mention), known for being weird-funny. Hysterically weird-funny.

Terry is a good travel mate also for the religiously inclined, as he’s pious. Not that he wouldn’t be a good fit for anyone else.

The only thing he might not be a good fit for would be a Mini Coupe.

Terry needs lots of leg-room! Terry really is big. His sense of comic timing is also shown in the power campaign for Old Spice. A classic ad campaign that only he could have pulled off. 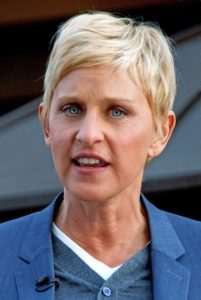 No, she’s not Oprah. Oprah is the queen of the living room… if you’re there as her invited guest. Ellen is a bit more chill, and way more funky. So while they’re both talk show hosts, we’re going with Ellen on this one.

That’s also partly because she is really, really funny. And zany. And would be non-stop entertainment. Imagine the crazy selfies you’d get to take while at road stops. We imagine she’d even do a massive group selfie like she did that night at the Oscars? (It’s actually now known as an ‘usie’. Which still sounds a bit weird. “This is our usie! Click like for more!”)

But Ellen is also down-to-earth. So you’ll soon feel like you’re hanging out with an old friend, and not someone who hangs with A-Listers. 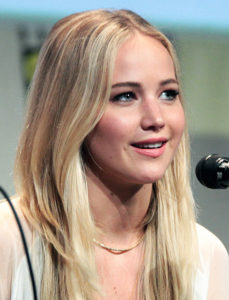 She made Mystique a good guy in the X-Men series. She brought the Hunger Games novels vividly to life with her portrayal as the bow-slinging heroine. And she is a proponent of women’s rights and an active feminist. Feminism being something we can stand behind because we’re all about the empowerment of women in society. So if you’re a young (or young at heart) lady that wants to have empowering conversations with a strong, independent woman, J.Law (as she’s known by her fans) is  a good car companion for that.

Of course, she’s not just about the serious stuff. Jennifer is also known for being a lot of fun to be around – quite an “It Girl” as it were. And she will have plenty of stories to share about time on set with actors like James McAvoy, Donald Sutherland, and the awesome Hugh Jackman.

But like the others on this list, she’s also known for being quirky funny, meaning you’ll have some great laughs along the way. 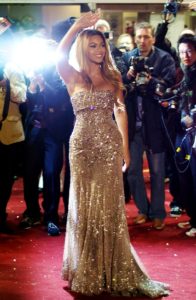 Listen, this one, she was born with quite a destiny, child.

Aside from being such a strong vocalist, she has some serious acting chops too – playing the romantic lead in the third Austin Powers movie, with a fabulous blonde Afro wig. She’s one of the music industry’s number one talents and she’s gone gold more times than her hair.

What makes her so great for a road trip? The fact that you’ll be doing singalongs all the way to your destination with what is quite the heavenly voice. You can try your best to harmonise with her but let her drown you out slightly for the best results. 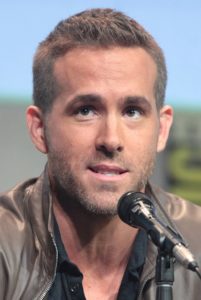 Son of the honourable Judge Reynolds (not really, though it is a common misconception), Ryan has been long known for his work in comedy shows and movies – with his star rising with Two Guys, A Girl, And A Pizza Place where he played a med student.

Which is appropriate, because they say laughter is the best medicine.

He was the party liaison in Van Wilder, a university comedy of epic proportions, but his true potential was unlocked in the action comedy Deadpool, where he took on the red costume of the titular character, slicing through hordes of bad guys with his katanas while dicing with his unstoppable train of wise cracks.

He’s just as lovable and easy-going in real life. He has his own gin line, called Aviator, so he knows a thing or two about running a business, too. The advertising for the product contains his hallmark deadpan sense of humour.

Ryan can do hilarious comedy both on and off the screen, which is what makes him one of our favourites to get into a car with.

There you have it! Our pick of the top five celebs to road trip with. Who are yours? Tell us in the Facebook comments section where our blog link is. We’d love to know!