The KIA Seltos: Up and Coming for the Up-and-Coming.11 November 2019

Faster than a Boeing. Meet the world’s fastest car.*

*Or soon will be, because it’s taking up the challenge of breaking the fastest land speed record, which is faster than most commercial aircraft fly at cruising speed.

Perhaps not the now retired Concorde. That was an absolute classic beauty of a plane and one of the few commercial jetliners than could reach Mach 2.

i.e. Mach is a designation where you break the sound barrier and any speed over that is travelling faster than sound travels – it’s normally calculated locally due to the fact breaking the sound barrier depends on specific conditions in that specific environment – sorry for the science lesson).

Most jetliners travel close to but not quite Mach 1. A Boeing 747 has a cruising speed of around 920 km/h, putting it at about Mach 0.85.

Conditions are generally dry and the air thin where cruising altitudes occur, which is the stratosphere – above the clouds, so normally airliners aren’t affected by bad weather en-route to their destination, just FYI.

In any case, most commercial aircraft are sub-sonic.

So back to the car…

Currently, attempts are being made to build a land car that will break the current land speed record. It’s going to be interesting. A lot of research and development is going into this, so the test is scheduled for next year. Probably around the fourth quarter.

The car to beat is the Thrust SSC, which achieved a speed of no less than 1,227.985 km/h. At that altitude and conditions, it achieved Mach 1.08.  The first car to ever break the sound barrier.

This happened 22 years ago, 15 October 1997. And they didn’t just get any old fancy-schmancy test driver to ride that rocket of a car on what passed for a road in Nevada’s Black Rock Desert.

Nope, they used a bonafide jetfighter pilot. One Andy Green, a wing commander with the British Royal Air Force, pip pip, tally ho, and all that, old fellow.

Maybe because it looked like a plane itself, they were worried it would actually take off, and better a pilot be in it in that event. 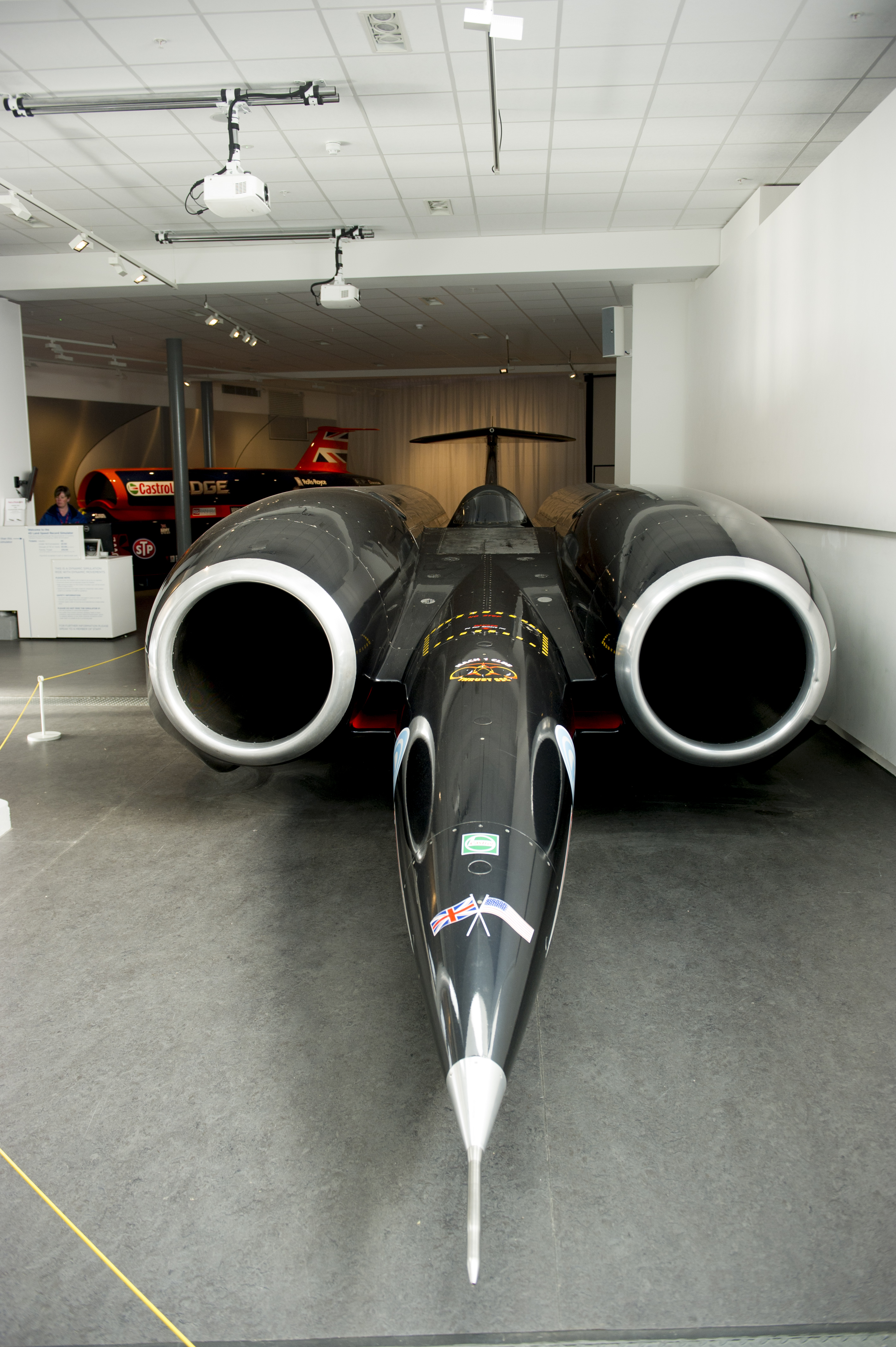 But it didn’t leave the ground, despite being powered by two afterburning Rolls-Royce Spey turbofan engines. Which, in case you didn’t know, are actually plane engines, used in the F-4 Phantom II fighter jet. The only thing missing from the vehicle were sidewinder missiles.

We suppose in case any unexpected rocks popped up on the route or maybe even a minibus taxi trying to cut him off (those guys seem like they’re everywhere, normally in your lane where you almost were a few moments ago).

Actually, there’s an idea there somewhere…

But leaving aside road wars involving rocket-propelled missiles on the streets of SA, the boom from the sound barrier (on land, nogal!) reverberated to the nearest town.

Now, going full circle to the beginning of this article, the Bloodhound, a successor of sorts to the Thrust SSC, is set for a 2020 run. The project initially ran into some financial difficulties in 2018, but a very, very wealthy businessman stepped in to save the day (“This looks like a job for Super-Richman!”).

He apparently gets ownership of the finished vehicle once they’ve broken the record, but good luck navigating that thing down your typical highway. That’s such an accident waiting to happen (almost literally, because it won’t be waiting, it’ll be hurtling down the road at a bloodcurdling 1,600 km/h.)

Yes, that bracketed section is correct. They will be aiming to break the record by approximately 400 km/h over the last record. It will need to be done on a very long stretch of desert flat with kilometres of empty space.

Longer than before because it will still take 40 seconds to accelerate to 1,600 km/h, which equals to about 26 kilometres passed in a minute. So the driver won’t be able to maintain that speed for long (we’re struggling to think of many ideal locations that have such a long stretch) so he’ll almost immediately be decelerating. Which includes parachutes.

It will be an incredible event, one that can only contribute to our understanding of the technology of rockets, cars, the effects of g forces, amongst other things.

And if there is a plane flying overhead, they’re going to see something faster than Sonic the Hedgehog racing down there.

We’ll be interested in the effects the distortion of the air on the ground level will be. One thing’s for sure. It’s going to make the fastest commercial car, the Bugatti, look as slow as a drowsy dung beetle.