Mercedes-Benz recently revealed the Mercedes Vision AVTR Concept which was inspired by James Cameron’s 2009 science fiction film – Avatar. The name not only comes from the film but also stands for “Advanced Vehicle Transformation.” This German car brand believes that this car embodies their vision of what mobility will look like in the distant future, with scales and crab-like movements.

This Vision AVTR Concept is the connection between man, machine, and nature, as well as the dream of a society where the trio lives together in perfect symbiosis. It acts as a “living organism” that connects with its users and allows them to feel the world around them. Similar to the Na’vi people and their connection to the flying Banshee, remember? 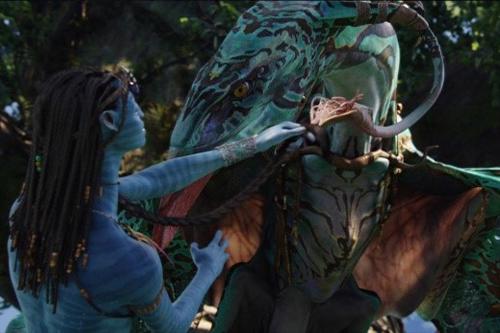 It’s unlike anything in Mercedes’ current line-up of vehicles – it’s full of glorious hi-tech details that Mercedes says embody the next step of sustainable luxury. The car won’t be featured in Avatar movies, but in a sense, Avatar is in the car. It seamlessly interacts with its occupants – with advanced AI it senses the heartbeat and breathing patterns of the driver and the passengers.

No steering wheel, but a centre console 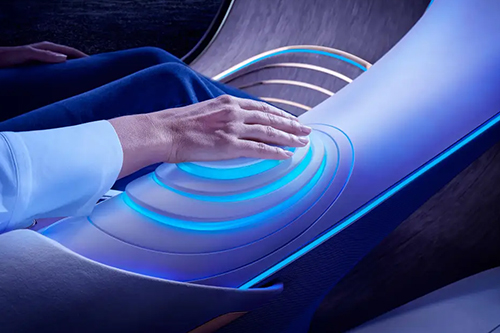 A multifunctional control element runs through the centre of the car’s interior and acts in place of a car’s conventional steering wheel. This allows the car and driver to connect via biometric readings when the driver places its hand on the control unit. If the driver lifts their hand, a menu selection is projected on the palm to choose different driving functions. The centre console pays homage to the Tree of Souls, a holy place for the Avatar’s imaginary land of Na’vi. 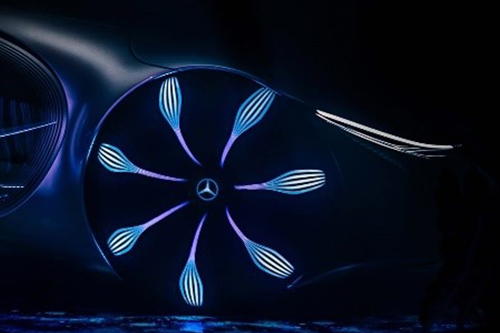 With four electric motors, powered by a new-age graphene-based organic battery pack, it becomes independent of fossil resources. It eliminates rare, toxic and expensive earth-like metals such as nickel and cobalt. Graphene batteries also store higher energy density – up to 1200 Wh/litre which is double that of an ordinary lithium-ion battery pack. The battery pack has automated wireless conductive charging, capable of ultra-fast recharging capabilities in less than 15 minutes. The battery capacity is rated at 110kWh for an all-electric range of 700 kilometres and produces 470 horsepower. 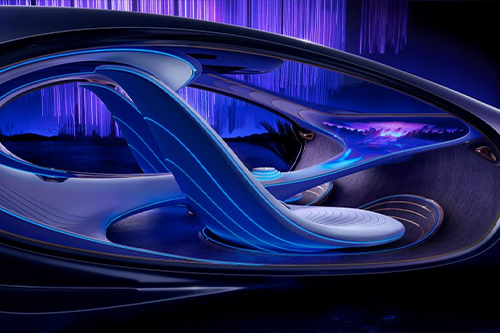 The holistic interior design encapsulates the driver and passengers to deliver an immerse riding experience and was meant to resemble a nest or cocoon. The seats are wrapped in vegan-based DINAMICA leather, which is the first and only microfibre material in the world that guarantees environmental sustainability throughout the production cycle. The material is soft and slip-resistant for enhanced comfort. The seats also vibrate to convey information to passengers. The floor is from Indonesian Karuun (or rattan) wood sustainably harvested from roots found in the Amazon rainforest. Replacing the dashboard is a curved display module projecting 3D graphics along with real-time images of the environment ahead. The Vision AVTR can also sense occupants’ vital signs and adjust the lighting accordingly. 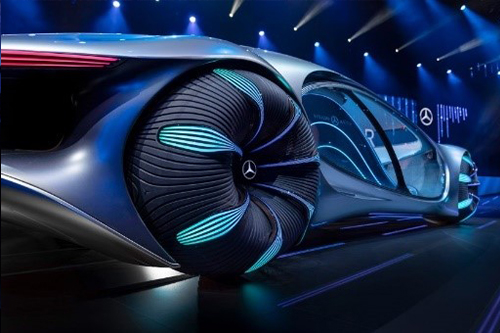 The wheels and tyres were inspired by the Wood Sprites, which are seeds of the Trees of Souls from the movie. With a fully-variable torque vectoring system, each wheel can be driven separately depending on any given driving situation. The front and rear axles of the car can be driven in the same or opposite direction. This enables the car to move sideways around 30 degrees, like a crab, and backwards and forward, giving the vehicle an animal-like presence. 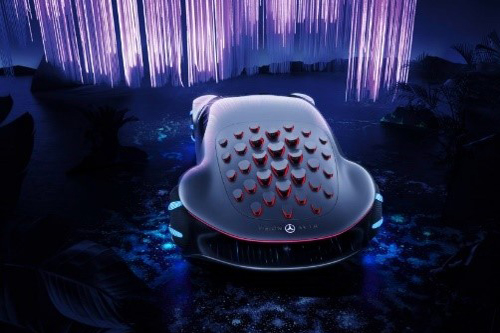 The transparent doors open gracefully upwards to mimic the gesture of a flying insect and its rider. The entire rear is covered in 33 discrete scales, or “bionic flaps”, which emulates the scales of reptiles. These scales communicate information to the driver and to the car’s surrounding environment via subtle flowing movements. The flaps can also be utilised to enhance aerodynamic efficiency, increasing driving dynamics and improving braking.

While this concept vehicle was designed to be a “zero-impact car”, it may not make it to production. At least not anywhere in the near future. But we can expect more recycled materials and ecologically-sound trim as well as graphene-based battery technology, and that’s a future worth getting excited for!