GT500 is the best Mustang ever

Pony cars weren’t meant to have this ridiculous power, confidence-inspiring handling, great brakes and mean looks, but we totally dig it! The original Shelby GT500, launched in 1967, is among the most desired nameplates from the golden era of American muscle cars. This time around, Ford wanted a car that would go fast in a straight line, tackle corners, and comfortably cruise down the highway.
The new 2020 Ford Mustang Shelby GT500 is the most powerful Ford production ever, with 760 hp, compared to the last Shelby GT350, launched in 2013, with a 662-horsepower and with a claimed 322 kph top speed. Drag racers will be happy to hear that this machine hits 96 kph in just 3.3 seconds.

It’s got the looks 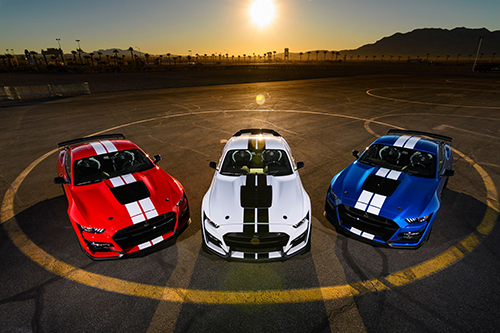 There’s something different about this Mustang, even before opening the door. It has a more wireframe concept with defining lines separated mostly by a fine mesh, to better feed the many coolers, radiators, and ducts guiding air into and around the car. It screams “look at me” in the best way possible with its gaping front fascia, flashy carbon fibre wing, 20-inch wheels, and Skittle-like exterior paint options.

It’s got the heart 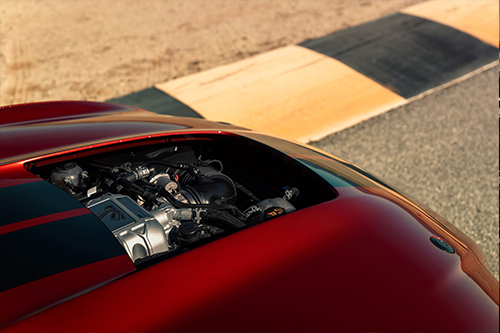 The GT500’s supercharged 5.2-litre V8 essentially borrows the same block as the GT350. Though, the GT500 uses a traditional cross-plane crankshaft (and not a flat-plane crank). The crankshaft yields 90 degrees of rotation instead of 180 degrees and an Eaton supercharger with 12-psi handling is nestled down nicely inside the engine’s V. 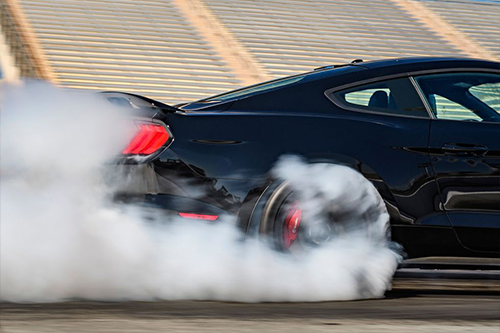 It’s got the works 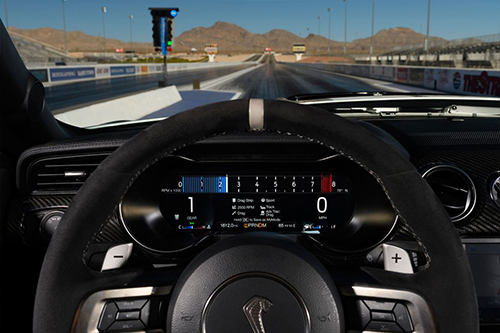 Ford released the GT500 with only one gearbox available – a 7-speed dual-clutch automatic. In self-shifting mode, the dual-clutch snaps off swift, crisp gear changes. It just blinks into the next gear, as immediate as a hand clap. With a standard MagneRide adaptive suspension, which softens up the ride in any of the three drive modes: Comfort, Normal, and Sport. The fourth and final mode, Track, is a bit too harsh for everyday driving. The transmission is equipped with line-lock and launch control, so you can heat up the tyres and scorch with minimal effort. 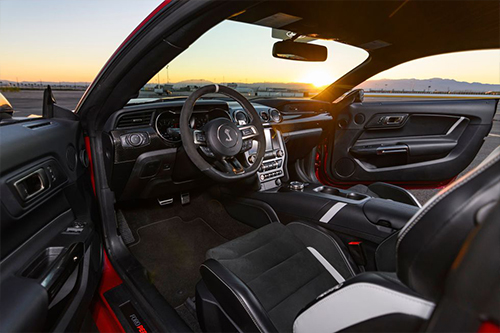 Looking inside, you may find the optional Recaro seats with their suede upholstery and tall, deep bolsters. With the new bulging hood, visibility doesn’t take a dramatic hit thanks to the big, upright windshield and slim A-pillars. The rear seat is entirely removed to add lightness. This car also ditches navigation as navigation and the 12-speaker audio system is only available as part of the Tech-package.

The GT500 has tremendous power and the car’s reflexes really set it apart in its approachability. It can be a regular car when you need it to be, and it lets even a novice driver have lots of fun. The car doesn’t feel like it’s trying to get away from you like it is bound to run you out of talent and off into the field. It is composed, predictable, and offers infinitely finesse. More than the power figures and acceleration numbers, the new GT500 is Ford’s most significant accomplishment yet.