The Good: the new Polo. 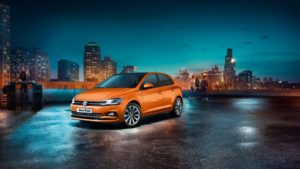 In our humble opinion, the new Polo is the best all-round, everyday car. Depending on the trimmings you select, you’re able to get plenty of power out your vehicle. The Polo has always impressed as the ‘little car that could’. Hypothetically, you could take on a car with a better engine, at least in very short distances, on the race track. Just as long as you get a split-second head start. That’s because the Polo has this remarkable ability to push through its gears when changed with a drag racer’s intensity, and attain lightning quick acceleration and power, despite its relatively low litre engine.

Volkswagen knew what they were doing when they constructed this gem. And with a fantastic, easy-to-use infotainment system that’s a slight improvement over the previous model’s, with its slightly bigger build, and its stellar sound system, the Polo remains an attainable prize for many people. It is, you could say, The People’s Car.

Riding in one is like a night out with your best friend. It’s easy to feel right at home, all comfortable and snug, from the moment you step inside and get seated. If you’re on the fence about what new car to buy, last year’s Polo model will definitely give you great bang for your buck. 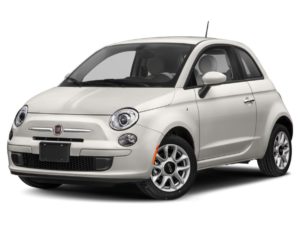 It’s fitting that the other end of the spectrum from the new Polo is also an urban (i.e. everyday city) car.

This time, it’s a Fiat 500. This is a stylish looking car. Very easy on the eyes with lovely curves that almost make it look like the love child of the new(ish) Beetle and the Mini Coupe. Still, it scores low in the Consumer Report, a renowned publication for an idea as to the true value for money you’re getting.

And you’d be spending a lot of money for a sub-par experience.

The driving experience is what lets this vehicle down; it is rougher than riding a wild bronco at a rodeo show. Not to mention it has scored low in terms of overall reliability.

The final cherry on top? While cars should never be seen as an investment, only as an asset, you still want to be able to recoup some of your costs down the line. And you won’t with a Fiat – take it from us, it suffers from among the industry’s worst resale values. 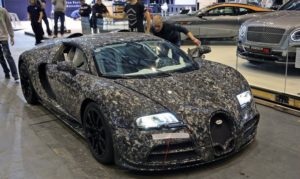 When we first saw this, we were so appalled, we were literally struck dumb. Except figuratively. Nobody struck us. But we were unable to speak. There’s this moment when you just look in horror at what should be an amazing, beautiful appreciation of something lovingly crafted. The Bugatti is one of our favourite cars.

This is an absolute travesty. You know those fancy marble surfaces that people sometimes have in their kitchen? What is now kitsch art? It looks like the designer of this special edition had no fresh ideas, and was on deadline, and used the first thing that came to mind… and that was the last thing he saw as he grabbed his car keys off the kitchen counter.

There are those moments in life when you seriously wonder what you would do if somebody asked you, “If you could have a Bugatti as a gift, but it had to be THIS one”, you don’t know – honestly – if you would take it.

However, as always, if you’re selling, we’re buying. Even if it is a vehicle that looks like you prepare your breakfast on it.