What to know: new driver’s demerit system28 Feb 2020Next

The new 2020 BMW M3 has been snapped, and although the prototypes are being heavily disguised, it’s clearly visible that it includes the trademark quad exhaust pipes, big alloy wheels, and beefed-up carbon ceramic breaks. It also seems to have a subtle boot lid lip spoiler, designed to push the rear axle into the tarmac at higher speeds.

Markus Flasch, the head of the BMW M division, confirmed that this upcoming super-saloon would be offered in all-wheel-drive and rear-wheel-drive guises in both manual and automatic. The all-wheel-drive M3 will also get a drift mode; however, it will have the same set-up as the latest M5. According to Flasch, the fully variable all-wheel-drive system is set to be used in some M3 and M4 derivatives because there’s no reason in changing a winning system. What is known from the M5 is pretty much carried over. 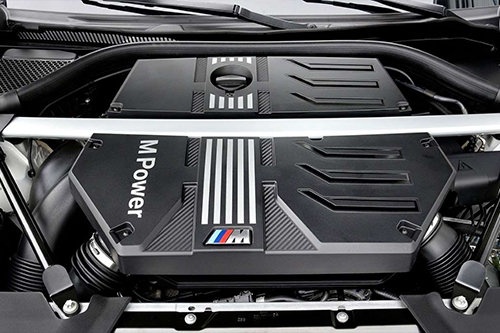 The Competition version of the new M3 would be good for 380kW, while the standard variant would be tuned to produce 358kW. This will make the new M3 models much perkier than their predecessors, which produced between 317kW and 338kW. With power being put to the road more cleanly, much-improved acceleration figures can be expected for the new M3 models.

The M3’s redline is sitting somewhere above 7,000 rpm, but well below 8,000 rpm. Nearly everything on the interior is standard fare, and the standard handbrake is kept. The M3 will be powered by the same twin-turbo, six-cylinder engine as the high-performance SUVs, with superior power culminating in peak torque of 550 Nm. It will have the brand new S58 engine as the X3 M and X4 M and will have 480bhp in the standard version and 510bhp in the Competition version.

BMW is planning entry-level M3 and M4 variants, sold as reduced-to-the-max drivers’ cars. The internal nickname being Pure (merely a working title), which sums up their roles with no frills, back-to-the-roots extensions of the range. They’ll have less power than the plusher models, but they’ll be the only M3/M4 variants without the otherwise standard eight-speed automatic transmission. Pure versions will use a six-speed manual transmission, and a quicker-acting, electronically-controlled diff lock will complement their rear-wheel-drive layout.

Furthermore, Flasch commented that there is a demand for high-performance cars in all-wheel drive in the segment where power output gets to an extent where it’s challenging to get the cars to the road if conditions aren’t perfect. BMW is also expected to debut a new M4 around the same time as the M3. He said that the M3 and M4 were set to hit the showrooms only in 2021, although adding that the Munich-based firm would have the most powerful engine in the segment.