The Future History of Flying Cars.02 September 2019Next

The Audi A1 citycarver: the Affordable Way into the Audi Family02 September 2019

When it comes to catching the bad guys, sometimes you don’t need more than a souped-up GTI. In a country like ours most of the villains will drive BMWs at most. Meaning keeping up with them doesn’t require the fastest cars in the world.

But in other places, many citizens drive some very sporty cars. Whether they’re career criminals or road rule offenders, they have the means to make a very quick getaway.

So the only way to keep up with them is to drive something even faster.

Here’s a list of some of the world’s fastest police cars for delivering justice at 180 kilometres an hour. 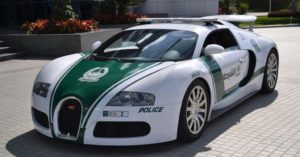 You don’t want to get into trouble with the law in this Emirates state. The police here will get you in seconds. They have a super fleet of supercars, but the one that can’t be beaten is the Bugatti Veyron. It is literally the fastest police car in the world.

The 16-cylinder engine has four turbochargers. You will not escape this beast.

Honourable mentions in the Dubai fleet are the Ferrari LaFerrari, which gets a completely ludicrous top speed of 349 km/h. Try outrunning that thing. Then there’s the newest addition to the force, the Bentley Bentayga, which is a crossover SUV so trying to escape the cops by copping it into the desert won’t help you much. Especially as it goes from 0 – 96 km/h in 3.5 seconds.

The only thing that seems to outrun Dubai law are the Guptas. Somehow.

Home of the Vatican City, Rome has long been a very popular tourist destination due to its ancient architecture, culture, and a romance akin to sweet Paris. Just don’t commit any crimes while you’re there.

The Italian police have an Italian car that will catch you faster than you can utter the words, “Mamma Mia!”

The Lamborghini Huracan has been specially outfitted for the cops, with its hypercar status well-deserved. It has a V10 engine placed close to the rear. And specific tunings and specifications have gone into getting as much out of it as possible. That includes engine configuration and transmission designs.

Advanced driving courses are needed to pull off driving one of these while in hot pursuit.

When in Rome, do as the Romans do. Don’t commit crime. (Preferably, don’t do that anywhere, anyway.)

If you’ve just robbed a bank in Austria, and have escaped in your sports car, but before you know it there’s blue lights flashing just behind you, guess what? You’ve just discovered Austria’s “polizei” employ the services of the Porsche 911 Carrera.

And with a high-performance suspension, the Carrera 911 can really take those corners, so trying to shake them off with sharp turns won’t quite shake it.

Then there’s a bunch of custom tuning and performance mods by the German auto company to give it extra punch when needed most. Which means the only road sign you’re going to see when being pursued by them is: 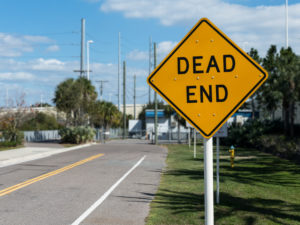